Directed and written by Declan Gorman

The Big Fellow premiered at the Drogheda Arts Festival on May 1st 2016 and toured within Ireland and to India, in 2016 and 2017. An atmospheric and physical two-hander, it is based on Frank O’Connor’s elegiac and often hilarious biography of Irish Revolutionary Michael Collins, interspersed with autobiographical writings that give insight into O’Connor’s own experiences as a youth during the Revolutionary period.

It is hoped that this show will tour again in 2021-22, in Ireland and overseas.  For enquiries, click here.

DESCRIPTION
The play begins with O’Connor in his study engrossed in a scene from his controversial biography of Collins. As O’Connor writes, Collins “comes to life” in the author’s mind, and together writer and subject relive the excitement and ultimate tragedy of the 1916 to 1922 period. Collins returns to Dublin from London in 1916, an unknown West Cork volunteer signing up to take part in the Easter Rising, only to rise swiftly to mythical status as the intelligence genius leading the War of Independence. But why, he wonders now, is this urban Cork intellectual writing his story, just 13 years after his infamous death at Béal na Bláth? Gradually it transpires that Frank O’Connor was himself a boy soldier in the great Independence struggle, and the little-known story of his private war unfolds along with the grand narrative of Collins’ well known exploits.

PRESS RESPONSE
The Big Fellow is historic drama but laced with comic interludes and the wild adventure of young men at the height of their passion and daring, before tragedy and recriminations break out. The Sunday Independent described it as ‘totally engaging’ while regional Westmeath Examiner noted that “a wonderful use of humour is what differentiates Gorman’s drama from other historical narratives,”.  In the original performance, actors Gerard Adlum (as O’Connor) and Cillian Ó Gairbhí (as Collins) were singled out for their outstanding “energetic and passionate performances” while the musical score by ex-Waterboys Colin Blakey was acclaimed as “atmospheric”.

In 2019, in association with Ballina Arts Centre, the show was revived for touring to the Everyman, Cork; Lime Tree, Limerick and Lyric, Belfast with acclaimed actor Ian Toner taking over the role of Michael Collins. 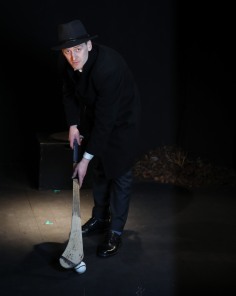 “Enlivening historical scenes with
comic asides and factual disputes,
Declan Gorman’s new play The Big
Fellow goes beyond commemorating
1916 and presents an engaging and
original stage version of one of
Ireland’s most misunderstood
historical heroes.”

“A combination of physical energy and
historical passion… totally engaging”

“Insightful, inspiring and profoundly
moving… A wonderful use of humour is
what differentiated Gorman’s drama
from other historical narratives.”

A mix of photos from the first production (2016 & 2017) and the 2019 tour revival (with Ian Toner taking over the part of Collins from Cillian Ó Gairbhí).  Frank O’Connor is played by Gerard Adlum.  Also, a few photos from Day 1 of rehearsals for the 2019 version, with Veronica Foo joining as Chief LX – a role she job-shared with Sheial Murphy.  Lighting Design for the show was by Cillian McNamara.  The other young woman in the reading photo was a TY school student on placement for the day at The New Theatre who kindly lent us their stage for the occasion – I regret that we do not have her name for these credits.  All photos by Tom Maher. 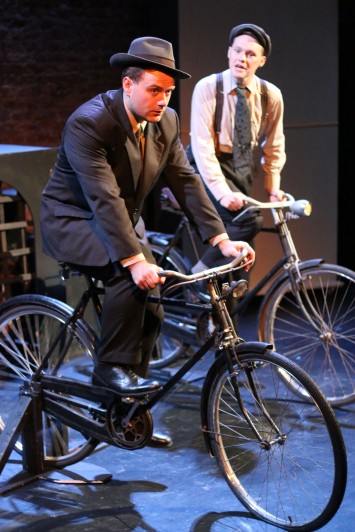 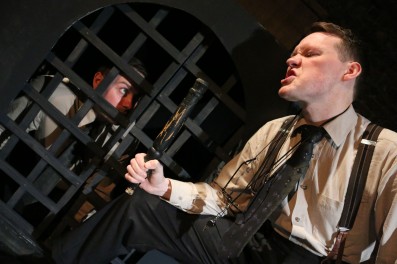 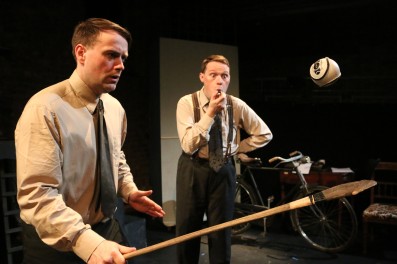 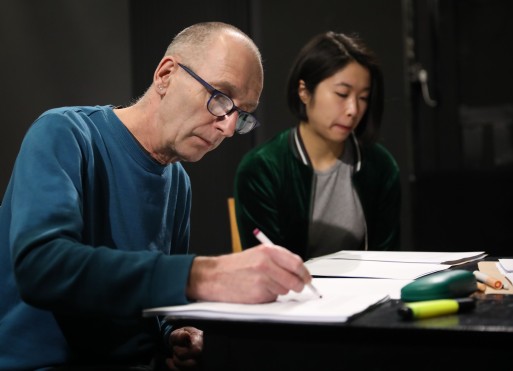 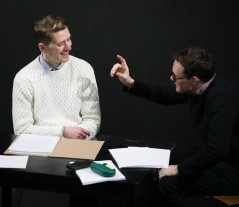 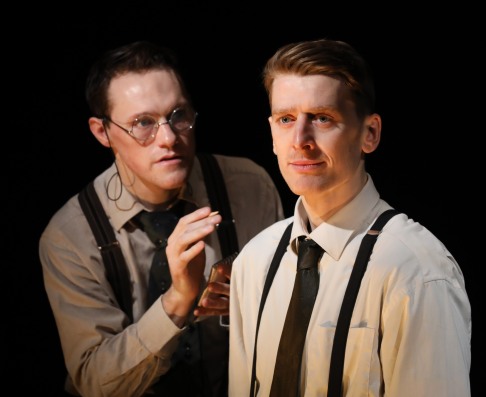 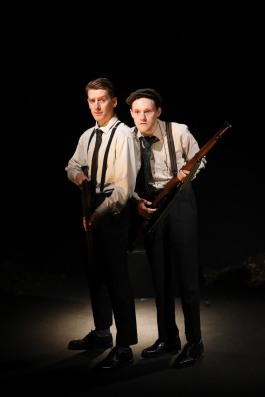 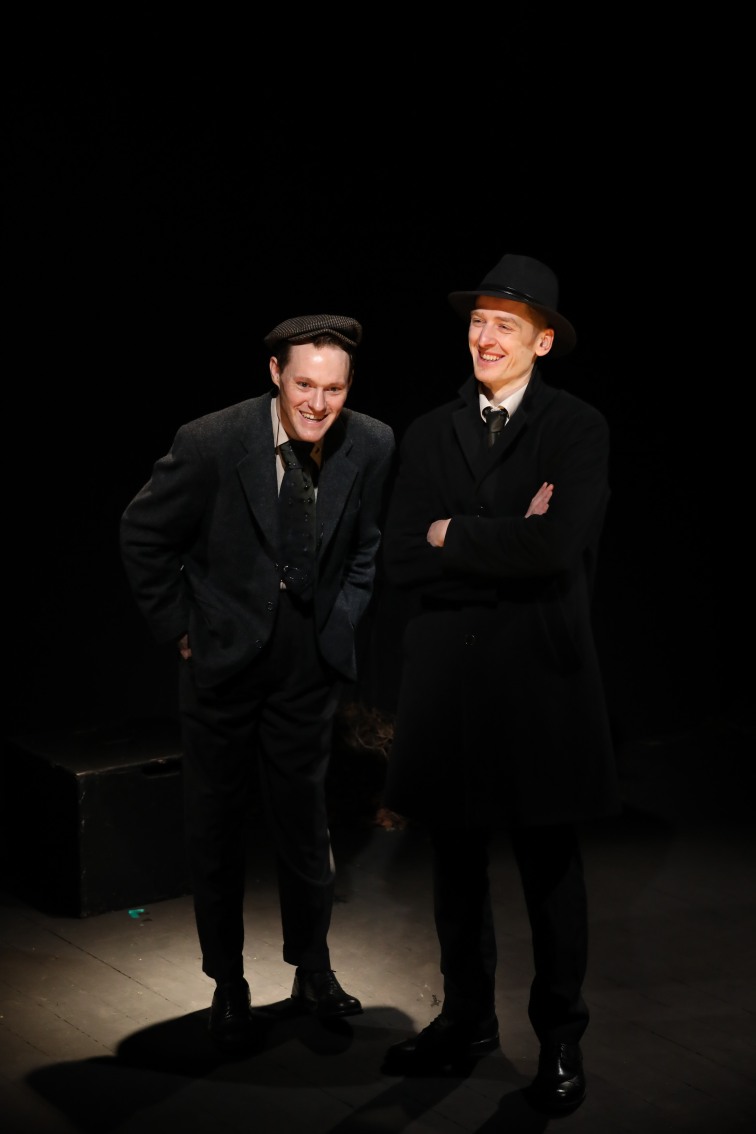