I first recall seeing Gerry McCann in a play directed by John Breen at the City Arts Centre in the early 1990s. Just home from training in Manchester, he was mesmerising to watch. I met him afterwards and learned he was from Dundalk, my mother’s country, where I had spent some time in my adolescence. We kept in touch.

When I went to Drogheda in 1996 to run some workshops with a view to establishing Upstate Theatre Project, he was the first professional actor I contacted for support. He immediately bought into the idea of a professional community-based theatre company for County Louth. At those early workshops, kicking our local adaptation of Hauptmann’s big blockbuster classic The Weavers around a room, he was outstanding. Behind me on my study wall as I write is a framed photo of Gerry in the eventual 1997 production, Upstate’s first, as Whiddy, a demented angry revolutionary raising a wooden half-barrel about to smash in the door of a capitalist manufacturer’s house. He was terrifying in the part – AND – he was equally terrifying doubling up in the part of Driver, the manufacturer on the other side of the door!

On that inaugural production we also experimented with a mentoring scheme, enabling younger local actors to gain additional on-the-job training. While well-intentioned, some aspects of the scheme were perhaps not fully thought through. But Gerry McCann made it work. He turned out to be a natural mentor. One night I returned to the rehearsal room to collect something I’d forgotten and to my astonishment he was there with six young actors taking them through an exacting physical exercise. Nobody asked him to do it. He had discreetly suggested it and they had all bought in. I left them to it and later we all had a pint and a laugh in Clarkes.

I worked with him a number of times. One that I had almost forgotten came back to me in recent days. In the Summer of 2007 when Upstate brought a group of visiting NYU students to the summit of the Cooley Mountains, Gerry accompanied us and led the students in a beautiful exercise, creating a symphony of sounds of wind and water and ancient spirits in a site-responsive improv around a bog puddle. Earlier on our hike he had appeared as if from nowhere from behind a cairn of stones and performed a riveting scene with actress Sarah Gilbert, playing a Cooley farmer bankrupted by the enforced cull of livestock in 2001. A master actor who adapted to every situation, it is sometimes forgotten that he was also an educator in his heart.

I left Upstate in 2010 and had only occasional contact with Gerry in the past few years. When he was reported missing last week, my heart sank. Over the ensuing days of waiting and hoping, I dwelt constantly in that decade when Gerry was in my life, always as a force for positivity. I became part of a community of several thousand people who connected through Facebook and on the streets and beaches in the search to find him. On Monday, I drove around North County Dublin, putting up posters with his handsome face on them. I had run out of printer ink and the Axis community arts centre in Ballymun stepped in and ran off 70 colour posters for me at zero notice. The nation was gripped by Gerry’s story. Everywhere I went, people knew about him and were praying for him and his distraught family. One shop I went into could not take the poster as they were closing down that afternoon – a family-owned ‘Gala’ store in Balrothery. Old customers stood about offering sympathy to the staff. Another place I went to was already gone – The Wise Owl in Balbriggan where I used to buy my children’s schoolbooks. The towns seem hollowed out in places. There was evidence everywhere of the decline in Ireland which is perhaps part of the dis-ease that has led so many men (and also many women) to places of irrevocable despair in the past five years. But I also saw another side.

At Loughshinny harbour near my home there is a fabulous ramshackle seafront house, gaily painted in reds and pinks and purples by the remarkable man who lives there alone. He sits by night over an open brazier facing out to sea and his purple garden wall has the painted inscription in rough handwriting “Happy Ireland 2013”. He spotted me flyposting the bright red and yellow container across from this house that serves as the lifeguard’s hut and called me over to ask what I was up to. He had heard about Gerry on the news. “I’d say he has depression that lad,” he said, “in my day there was very little understanding of that.” And he promised to watch out through the night for my lost friend.

On the morning after it became clear that Gerry’s body had been found, I went into Tesco in Rush village to ask the customer service lady to remove the poster she had so kindly placed on their big glass front door. “Was he found?” she asked. I broke down and began to cry. She came out from behind the counter and held me. I wish so hard that Gerry could have lived to see not only the love that abided for him among the hundreds and hundreds of those he touched down the years who came out to help when he went missing, but also the compassion and earthy mindfulness that survives in the communities, like an indestructible weed refusing to die in the hidden corners of this alien, strange new country.

May you rest in peace, Gerry McCann. May your lovely wife and children and wider family find some solace in the years to come from the remembrance that in your life you inspired respect and love and in your death you helped us to rediscover our lost capacity for community and solidarity. 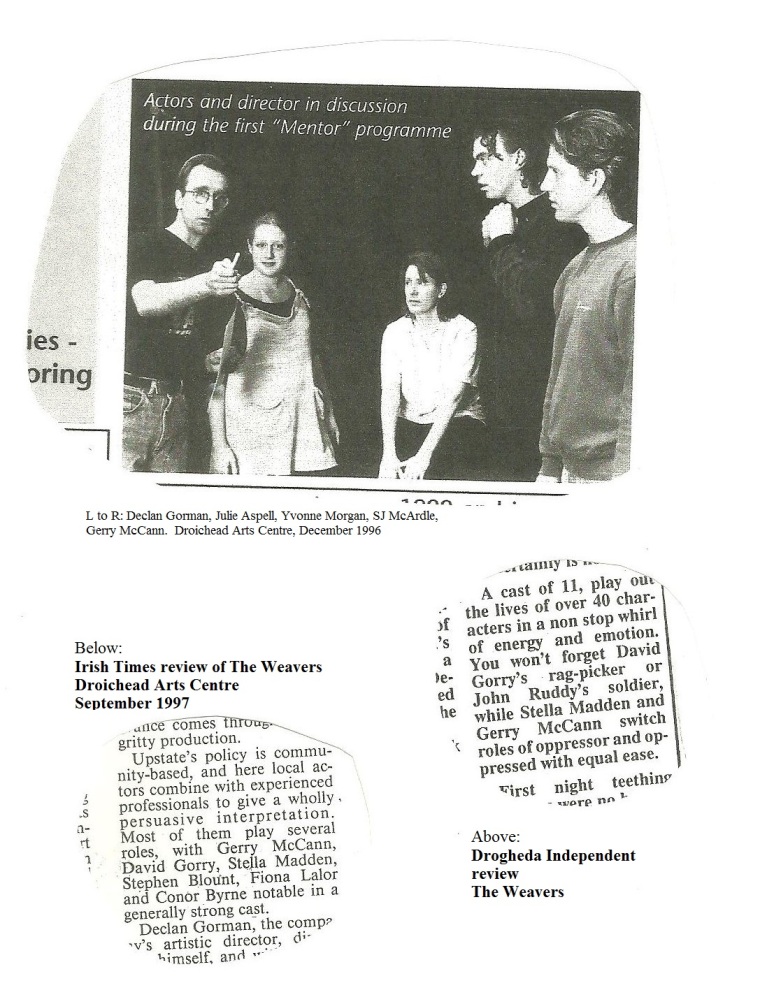 7 thoughts on “The Gift of Gerry McCann”